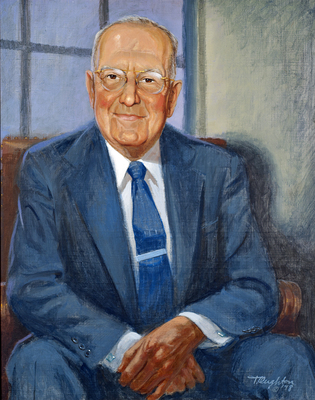 In June 1952 William E. Brandt, DO (1921), chiefly known for his sports writing, radio broadcasting and work as public relations director for the National Baseball League, was appointed acting president of the College. When the reorganization was finalized on July 27, 1953, Brandt became the institution's first president since O.J. Snyder, DO -- a postion he held until 1957.